Jason Cipriani is based out of beautiful Colorado and has been covering technology news and reviewing the latest gadgets as a freelance journalist for the past 13 years. His work can be found all across the Internet and in print.

Here’s a quick rundown of the new developer tools announced during Google I/O 2022.

There are two new releases of Android Studio, to software suite and tools that developers use to create Android apps. Android Studio Dolphin Beta and Electric Eel Canary are the two different builds that not only have creative names but their own share of new features.

In the Dolphin Beta release developers will have access to these new features, according to Google:

In the Canary build of Android Studio, however, is where developers will get a glimpse of the new Live Edit feature that will immediately reflect any code changes in the Compose Preview for a currently running app, both in the emulator or on a physical device. Other changes in Canary include a new google Play SDK Index to view dependency insights, Firebase Crashlytics in Android Studio, and a resizable Android Emulator.

Google is hoping to gather developer feedback about all of the new Android Studio features before releasing them or moving them to a more stable build.

Android Jetpack is a resource of tools and APIs for developers to use to improve their apps. Jetpack Compose Beta 1.2 includes several new APIs and tools for developers to work use within their apps. Some examples of the new APIs include JankStats for analyzing the performance of an app, including dropped frames. There are also new APIs for downloadable fonts, drag-and-drop for sharing data between apps, and better tools for benchmarking apps.

There are plenty more improvements

Google also announced new tools and initiatives outside the scope of Jetpack or Android Studio. For example, a new Health Connect platform that was built in partnership between Samsung and Google will make it possible to access a user’s health data.

There are also new features coming to Android for Cars along with Android TV OS, but outside of a small tease, Google has only said that we can learn more by tuning into the respective developer sessions on May 12. One thing we do know is that Google Assistant is getting easier to use in Android for Cars thanks to a new API, along with Wear OS apps later this year.

And, of course, Android 13 is a big part of Google I/O, with plenty of new APIs and tools for developers to integrate.

If you tuned into the opening keynote at Google I/O 2022, let us know what you think about the new developer tools and features in the comments below.

Best Status Website Badge Examples: How to Customize the Design

Fri May 13 , 2022
Website Design • Websites ExamplesNataly Birch • May 09, 2022 • 11 minutes READ Do you know that visibility of system status is one of Jakob Nielsen’s 10 heuristics for user interface design? According to the most famous and respected web usability consultant and human-computer interaction researcher, who holds […] 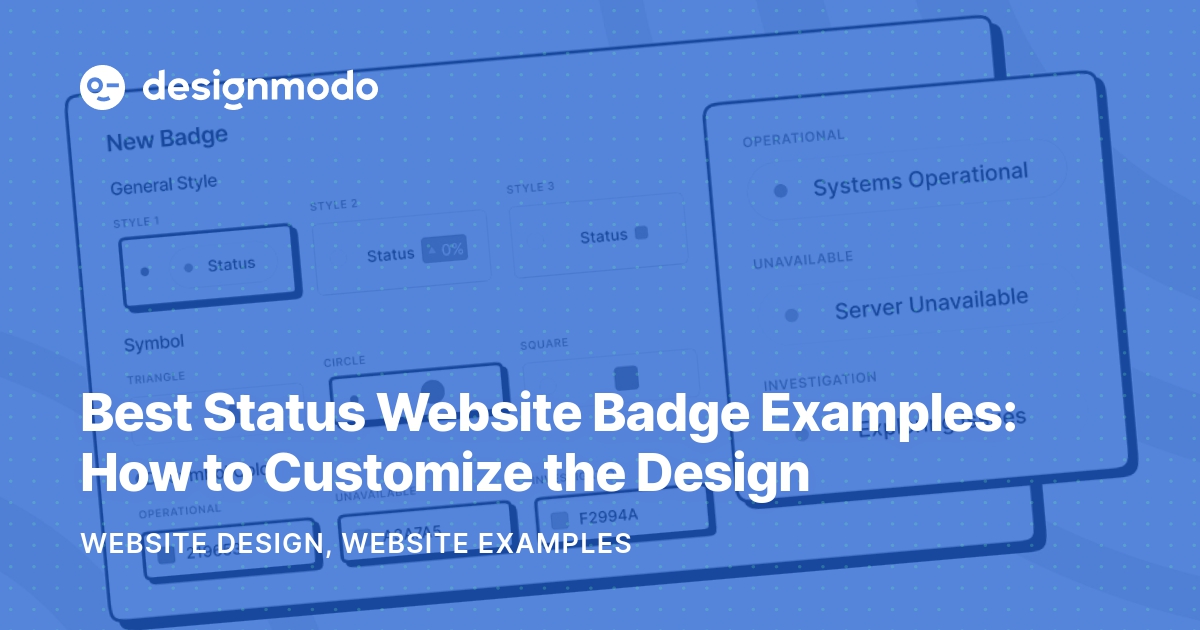