A group of industry associations that represents major internet providers, such as AT&T Inc, Verizon Communications, Comcast Corp and others, dismissed their 2018 legal challenge.

The industry associations that had challenged the law said in a joint statement that “broadband providers are united in support of an open internet.” They committed themselves to working with Congress and the Federal Communications Commission to develop a federal approach for resolving the issues.

In January, the appeals court ruled 3-0 that a 2017 decision by the FCC to reverse federal internet protections could not bar state action, rejecting the industry challenge.

Andrew Jay Schwartzman, a senior counselor at the Benton Institute for Broadband & Society said, “the end of this litigation is a boon for free speech, competition and innovation on the internet.”

The appeals court said that, since the FCC had reclassified internet services in 2017 as more lightly regulated information services, the commission “no longer has the authority to regulate in the same manner that it had when these services were classified as telecommunications services.”

The FCC remains divided 2-2, because Joe Biden’s nominee for the final commission seat, Gigi Sohn, has not been approved.

Supporters of net neutrality rules argue the protections ensure a free and open internet. Broadband groups contend the rules’ legal basis from the pre-internet era is outdated and discourages investment.

Sat May 7 , 2022
Search engine optimization tools come and go. But two have been around for decades and remain essential and free: Wayback Machine and Google cache. Both take recurring snapshots of billions of web pages and allow anyone to view the images. Those images are handy for general research, but they are […] 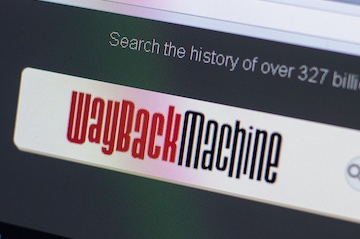