Skip to content
If having an abundance of investable capital is any indication, there has never been a better time than right now for technological innovation.

In 2021 alone, US venture capital firms raised nearly $130 billion, the highest annual total on record, according to PitchBook data. This figure doesn’t even include all the capital that will be potentially funneled into new technologies by crossover investors. And it’s even further dwarfed by the cash sitting on the balance sheets of technology giants like Alphabet, Apple and Microsoft.

From curing cancer to producing cleaner energy, there’s no shortage of real problems this capital can help solve while generating decent investment returns along the way. And yet, it is far from clear what long-term value the world can hope to get from two areas of tech innovation creating some of the biggest buzz and sucking up a lot of capital: the metaverse and Web3 platforms.

The metaverse, though not yet fully defined, is often described as a persistent 3D immersive world where people will be able to shop, play and work. This is the technology that Meta, Facebook’s parent company, is hoping will bring its next wave of growth.

But with the social media giant’s stock plunging 25% during the first week of February, on the heels of a weak earnings report and declining user base, it seems that public market investors may not be willing to put too much faith in the long-term promise of the metaverse.

While the entertainment value of this technology may be obvious to gamers, its potential to really enhance productivity, commerce and people’s well-being remains questionable.

What’s even more elusive is identifying society’s need for Web3, a vision for a new iteration of the internet characterized by decentralized platforms based on blockchain technology.

The proponents of the metaverse and Web3, of course, claim that these technologies will revolutionize and benefit the world, but they have yet to provide a clear explanation of what these concepts will achieve.

For Phil Libin, a Silicon Valley veteran who emigrated from the USSR as a child, the thesis put forward by proponents of the metaverse and Web3 is reminiscent of Soviet propaganda.

“It’s not communism yet; we are still building it,” he said, comparing today’s tech buzz to the rhetoric used by party stalwarts.

Few critics within the startup ecosystem have been as outspoken and articulate about the current hype as Libin, a former managing director with General Catalyst and co-founder of Evernote and Mmhmm. We caught up with Libin to discuss the two technologies, their future and why the hype reminds him of Soviet propaganda. The interview has been condensed and edited for clarity.

PitchBook: You’ve famously called the metaverse dumb, hype and “a dystopian sci-fi vision that nobody really wants.” What do you think about Web3?

Libin: The metaverse is just uncreative garbage lifted out of 40-year-old “Star Trek” episodes. Web3 is not like that. There are parts of it that are extremely creative and have very original thinking. But it is off to a very bad start because none of it exists. And the hype never in the past came ahead of results.

I remember buying my first book on Amazon in 1995. It was primitive, but you could tell it would be great. Even in the original dot-com bubble, you can make fun of Pets.com, but it was a real company where millions of people bought pet food. Sure, their economics were upside-down, but it was real.

I had an Atari 2600. Like a lot of people my age, I spent a lot of time playing “Pac-Man” and Activision games. They were like five pixels, but they were fun. And then over the next 50 years they got more sophisticated and more polished, but they were always great.

But when you use the Facebook virtual meeting conference application to talk to your co-workers in VR. It’s terrible. Not because it’s a primitive experience—it is actually quite polished. It’s just terrible. And it isn’t going to get better.

Same thing for Web1 and Web2 stuff. They were really good from the beginning. They were basic. They were primitive. But they were always great.

I can’t think of an example of a technology that started out not primitive but actually bad, and then became successful. Successful things start out great and then become more sophisticated over time.

PitchBook: You can’t imagine a use case for Web3?

Libin: There are no use cases. There is no single site that lets you do anything useful or at scale. It reminds me of Soviet propaganda. It’s not communism yet, we are still building it, but it is coming. But if you had an uncle who went to Czechoslovakia, not to mention Western Europe, he could tell you that the life you were living was not communism. It was objectively worse than how the rest of the world lived.

I would be happy if I turn out to be wrong about Web3 because it’s based on some very beautiful ideas about decentralized trust and democratizing everything.

Maybe all these efforts will result in the opposite of Web3. We will have better regulations and a more benign centralized authority and that will somehow become Web3. And people would say, “that’s what we really meant by Web3—a fair internet.”

PitchBook: Many of the best-known VCs are now shifting their attention to Web3. These are experienced, smart people who were at the forefront of many previous innovations. Why do you think they are so excited about it?

Libin: I don’t question how genuinely they believe in Web3, but I think it is about incentives. VC firms get paid for investing. They want to raise bigger and bigger funds faster and faster. In Web3 and crypto, they found the ultimate thing that you could put an infinite amount of money into because it doesn’t do anything, so there’s no natural limit, and it lets them turn those funds around quickly.

PitchBook: Why is all this capital being spent on things that don’t work or we don’t need? Are there better things to invest in, or are we running out of meaningful ideas?

Libin: There is just a lot of money sloshing around, and some of it will wind up in stupid stuff. But I don’t think it’s a zero-sum game. Investments in dumb things do not take away opportunity or even capital from worthwhile ideas. We see amazing innovation in healthcare, transportation, logistics and space. It doesn’t really feel like the development has slowed.

PitchBook: What revolutionary technologies do we have in the works?

I think the mRNA technology is startlingly impressive. I think it’s going to cure all sorts of things over the next decade that were previously not curable.

Just because there are billions of dollars being poured into stupid things doesn’t mean worthwhile things are not happening.

Can SEO Help Start-ups in Their Quest for Growth? 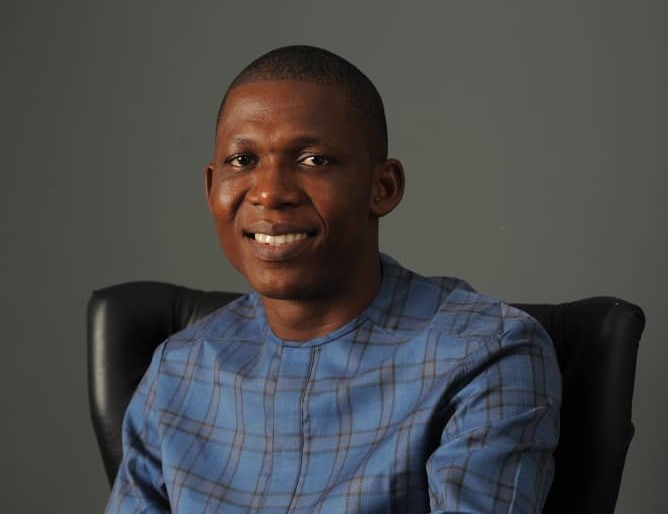