(Reuters) -Russia’s communications watchdog said on Thursday it was taking steps to punish Google, including a ban on advertising the platform and its information services, for violating Russian law.

Roskomnadzor accused Google’s YouTube video-sharing platform, which has shut out Russian state-funded media globally, of becoming “one of the key platforms spreading fakes (fake images) about the course of (Russia’s) special military operation on the territory of Ukraine, discrediting the Armed Forces of the Russian Federation”.

It said the measures against Google, owned by Alphabet Inc., which include a warning in search engines saying it is violating Russian law, would remain in place until it complied with legislation.

The deputy head of the State Duma parliamentary committee on information policy, Anton Gorelkin, wrote on Telegram that the Russian search engine Yandex would add a warning to Google services.

Google spent 243 million roubles ($3.2 million) on advertising in Russia in 2021, excluding VAT, according to a report in the Kommersant newspaper citing the industry publication AdIndex.

Google, which stopped selling online advertising in Russia on March 3, did not immediately respond to a request for comment.

The regulator also blocked Google’s news aggregator service in March, accusing it of giving access to fake material about the military operation in Ukraine.

The Duma, Russia’s lower house of parliament, last month passed a law providing for up to 15 years’ jail for intentionally spreading “fake” news at variance with government accounts about the military.

The desire to control information about its campaign in Ukraine has intensified Moscow’s long-standing tensions with foreign tech firms.

Outraged that Meta Platforms was allowing social media users in Ukraine to post messages such as “Death to the Russian invaders”, Moscow blocked Instagram in March, having already cut off access to Facebook because of what it said were the platform’s restrictions on Russian media.

Russia sent tens of thousands of troops into Ukraine on Feb. 24 in what it called a special operation to degrade its southern neighbour’s military capabilities and root out people it called dangerous nationalists.

Ukrainian forces have mounted stiff resistance and the West has imposed sweeping sanctions in an effort to force Russia to withdraw its forces. ($1 = 76.6650 roubles)

(Reporting by Reuters; Editing by Kevin Liffey and Andrea Ricci)

Sun Apr 10 , 2022
PHILADELPHIA, March 23, 2022 (GLOBE NEWSWIRE) — Online merchants that have invested in eCommerce SEO agencies to run their search engine optimization campaigns have a secret up their sleeves. Partnering with a top SEO company such as 1DigitalⓇ Agency can deliver sustainable, long-term increases in organic traffic and much greater brand awareness […] 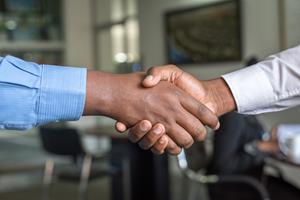