Seunghee Oh’s career is a study in realizing dreams by seizing opportunities.

After 15 years of proving herself designing exteriors for everything from Hyundai Metro minicars to Ford F-150 pickups, she now is director-Exterior Design at electric-vehicle startup Fisker, which is launching the Fisker Ocean battery-electric SUV (pictured below) in November. And, she’s also realizing her dream of living near the beach in sunny California.

Women have made great strides in the male-dominated automotive design world during the past decade, but mostly in the area of vehicle interiors. They still are noticeably absent from the most-competitive, high-visibility jobs in exterior design, where only a few women have leadership roles.

Interestingly, Oh didn’t set out to become an exterior designer. In college in South Korea, she majored in industrial design with a focus on interior design, not transportation. But during her last semester, she did a vehicle interior color and materials internship with General Motors’ South Korean subsidiary and then was hired by Hyundai.

Oh applied for the interior color and materials team, a choice she was most comfortable with, but the company put her on the exterior design team because there were no open positions in interiors.

“There, I started to sketch cars. It wasn’t easy, but I was open to the challenge and I met so many wonderful people who mentored me and helped me to get better at drawing cars. I think because I have a different background from exterior designers, it helps me think outside the box,” she says. 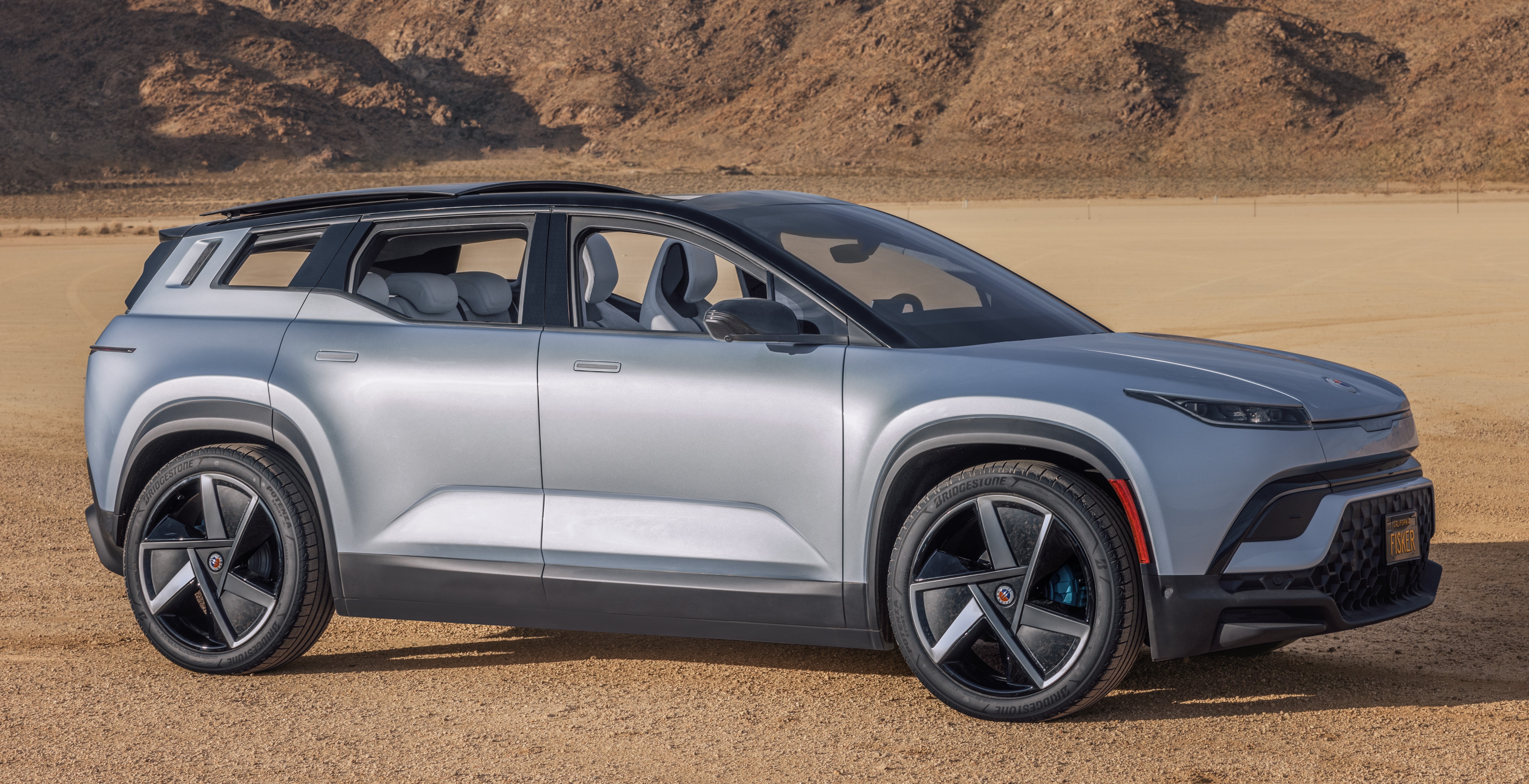 The experience at Hyundai led to opportunities at GM and Ford in the U.S. where she worked as a senior exterior designer in their respective design centers in Michigan – with a stint in-between where she did exhibit designs for a company in Las Vegas.

Starting work in 2015 at Ford, she was offered another life-changing opportunity when she was asked to work in the truck studio for the all-new 2020 F-150 pickup and its Raptor, SuperDuty and SUV siblings. The F-150 has been the best-selling vehicle in the U.S. for 40 years and the best-selling truck for 45 years. Oh didn’t want the assignment at first. Having grown up in South Korea, she didn’t know much about pickups or their buyers. But Gordon Platto, chief designer for the F-Series and Explorer noticed some rough sketches on her desk he really liked, and he reassured her. “Don’t worry, we’re all learning. I believe you will do a great job, so let’s prove it together,” he told her. Bolstered by Platto’s support, Oh overcame her fear and insecurity and she threw herself into the role of being the only female exterior designer on the F-150 team.

Her Ford colleagues were super supportive, she says, but many still suggested she choose a long-term career path in graphic design or interior color and trim because exterior design is so competitive.

“I just didn’t listen to those comments. I really wanted to give something back to the people who were believing in me,” Oh says.

So she worked on a full-size clay model to create her own design theme for the big new F-150. “Some people didn’t believe it because I’m pretty short,” Oh says. Undaunted, she used step ladders to get the reach she needed.

Four years later, her work on the F-150 led to the most important phone call of her life: Renowned designer Henrik Fisker (BMW Z8, Aston Martin DB9, Fisker Karma and many other famous cars) asked her to move to California and oversee the design of a new battery-electric SUV.

“He was pretty impressed I worked on the F-150 project,” Oh says. “He called on a Saturday night and asked me if I could start work on the following Tuesday.”

Once again, Oh seized the opportunity.

“It was totally unexpected, and the timing was challenging, but I said yes. I left all my stuff in Michigan and just flew to California right away.” Before she knew it, she was working directly with Fisker on the new vehicle. (pictured below). 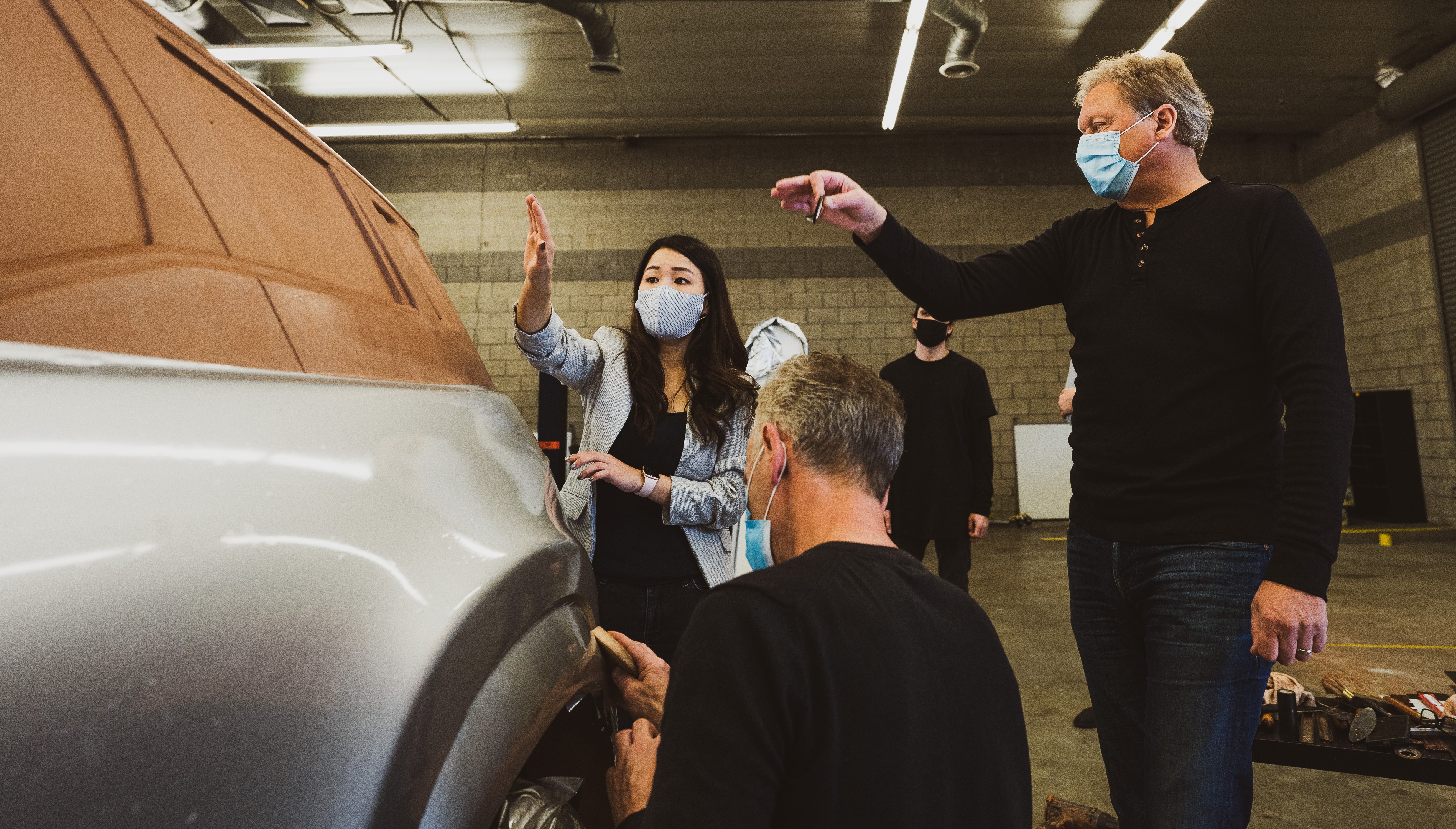 However that doesn’t mean Oh now is sketching in a cabana on the beach.

When we caught up with her for a virtual interview, she was in Graz, Austria, at the Magna Steyr assembly plant that is tooling up to produce the Ocean in November.

Wards: Can you explain why there are so few female exterior vehicle designers?

Oh:  In general,  the automotive industry is still very male oriented, especially in the automotive exterior design field. But the good news is the percentile is slowly changing. I think in the old days, exterior styling was more focused on male customers, high-performance muscle cars from the 1960s and 1970s are a good example. The industry has been changing and the car has become more of a lifestyle product for a diverse group of customers. Thus, we also need a diverse group of people who are making those products.

Oh: I think it’s the best thing ever I’ve experienced. A lot of OEMs have many layers: designer,  senior designer, manager, senior manager, director of design for North America, director of global design; eight to 10 layers. Here there are just one or two layers. That really allows us to move fast. We designed the Ocean in only 24 months. That usually takes 36 to 48 months at a big OEM.

Wards: You were personally recruited by Henrik Fisker. How did he discover you?

Oh: I just applied to the (Fisker) website when I was living in Michigan. I was going to California for Easter vacation. I was at the airport waiting in line to board the plane and I got an email on my phone right in front of the gate that Henrik wants to do a phone interview with me.

I replied right back and said I was going to be in California the next day and asked if I could do an onsite interview instead. They said yes, but then I realized I only had vacation clothes with me, so I had to buy shoes and a suit right before the interview. It was quite dynamic. But then I met Henrik face-to-face and had a great interview with him.

Wards: What intrigued him about your portfolio and resume?

Oh: He was pretty impressed that I worked on the (Ford) F-150 project. The experience really helped me understand a new market, new customers and multiple functionalities. This experience translates well into the SUV market like the Fisker Ocean and higher-volume vehicles.

It must be incredibly exciting to design an entirely new vehicle and see it become reality.

Oh: Yes, especially this trip (to the assembly plant). I just checked out all the body parts today in the die shop and things are coming along. All the hardware from last year and two years ago is finally becoming real life. It’s one of the greatest experiences I’ve ever had.

Wed Feb 9 , 2022
By Medha Singh and Lisa Pauline Mattackal (Reuters) – As bitcoin drifts towards mainstream maturity in 2022, daring crypto investors are eyeing up new sources of explosive action: “altcoins” that power online games and worlds. But, be warned, the foothills of the unformed metaverse are no place for the faint-hearted. […]