SpaceX’s spacesuit is very likely inspired by sci-fi, with CEO Elon Musk hinting in 2017 that the company may have taken cues from sci-fi videogames ‘Halo’ and ‘Mass Effect.’

“You have a new visor, new seals, then mobility, joints everywhere for increased mobility and dexterity in the fingers and such,” he explained. “I think, visually, it will be more along the lines of what it currently looks like, but very much like a new suit.”

With the Polaris Dawn launch, and the reveal of SpaceX’s latest spacesuit expected later this year, here are a few popular spacesuits that may have inspired the new redesign.

SpaceX’s first crewed launch, Demo-2, bore a retro callback on the Falcon 9 rocket that took it to orbit. NASA revived its iconic “worm” logo, retired in 1992, to commemorate the return of human spaceflight to U.S. soil.

So why not call back to one of the earliest functional spacesuits, the Mercury spacesuit? Astronaut Alan Shepard can be seen wearing the suit in 1961 in the picture above. Fun fact: Blue Origin’s New Shepard spacecraft is named after Shepard, the first American to fly into space.

2. The surprisingly functional spacesuit from ‘The Martian’

Matt Damon had to spend so much time in his spacesuit during the filming of ‘The Martian’ that the helmet featured an air pump system as well as lighting and communications gear.

It’s an instantly recognizable spacesuit, meaning it wouldn’t be a great surprise if SpaceX were to take inspiration for its own design.

NASA has awarded SpaceX a $2.9 billion contract to take the first astronaut crew back to the Moon by around 2025.

Another callback could come in the form of a nod to the last spacesuit used on the Moon, used in this picture by Gene Cernan, one of the Apollo 17 crew — the most recent humans to walk on the Moon in 1972.

It wouldn’t be fair not to mention the first person to ever launch into space. Though relations between the U.S. and Russia — and even between Musk and Russia space agency chief Dmitry Rogozin — are tense following Russia’s invasion of Ukraine, Gagarin holds a lofty position in the history of spaceflight.

Admittedly, taking inspiration from such an early spacesuit may not be such a good idea, though the SK-1 did keep things simple and served its purpose admirably.

Another instantly-recognizable spacesuit is the one worn by shuttle astronaut Bruce McCandless in February 1984.

Using the jetpack-like Manned Maneuvering Unit, or MMU, he became the first astronaut to float untethered in space.

NASA’s experimental AX-5 spacesuit looks incredibly like the Baymax robot from the animated movie ‘Big Hero 6.’ It likely never went past the prototype stage because of how bulky it is, though it allowed a surprising range of movement.

“The round, toroidal joints allow astronauts free movement, nearly matching that of a human not wearing a spacesuit,” The Smithsonian explains on its website. AX-5 is an abbreviation for Ames Research Center, Experimental Suit Design.

The Interstellar spacesuit looks quite similar to SpaceX’s current spacesuit, the ‘Starman’ suit.

It certainly looks functional, fitting in with director Christopher Nolan’s realist take on the sci-fi epic. They even feature small thrusters on the arms for a quick boost.

Perhaps the most iconic spacesuit in cinema. The suit worn by the space travelers in ‘2001: A Space Odyssey’ is synonymous with the Stanley Kubrick movie’s combination of wonder and horror.

They’re pretty colorful too, which makes a surprising change from the monochrome space attire we’re used to seeing in real life.

While we’re not really suggesting SpaceX take inspiration from the spacesuit used in the underrated sci-fi ‘Sunshine,’ it comes to mind due to the fact it was supposed to protect astronauts flying dangerously close to the Sun.

Aside from flying the first commercial spacewalk in history, the Polaris Dawn mission aims to reach the highest altitude Earth orbit ever flown, flying to a peak altitude of about 870 miles, which is three times higher than the International Space Station.

We couldn’t finish this list without a mention of the spacesuit used in Apollo 11, the A7L.

The five-layer “torso-limb” suit with convoluted joints has gone down in history thanks to its use in several Apollo missions, including the Apollo 11 Moon landing. It may be a little too old-fashioned now for Musk’s sci-fi tastes. Still, it wouldn’t be surprising to see a reference to perhaps the most iconic spacesuit in history, especially as SpaceX and NASA aim to get back to the Moon and then use it as a stepping stone to break new ground by reaching Mars.

Mon May 23 , 2022
Opinions expressed by Entrepreneur contributors are their own. The ownership of property has been a game of written rules and regulations, determined by a judge or court. Now things are different, as the old-world is giving way to the new and digital age. A blockchain ecosystem provides ownership rights efficiently, […] 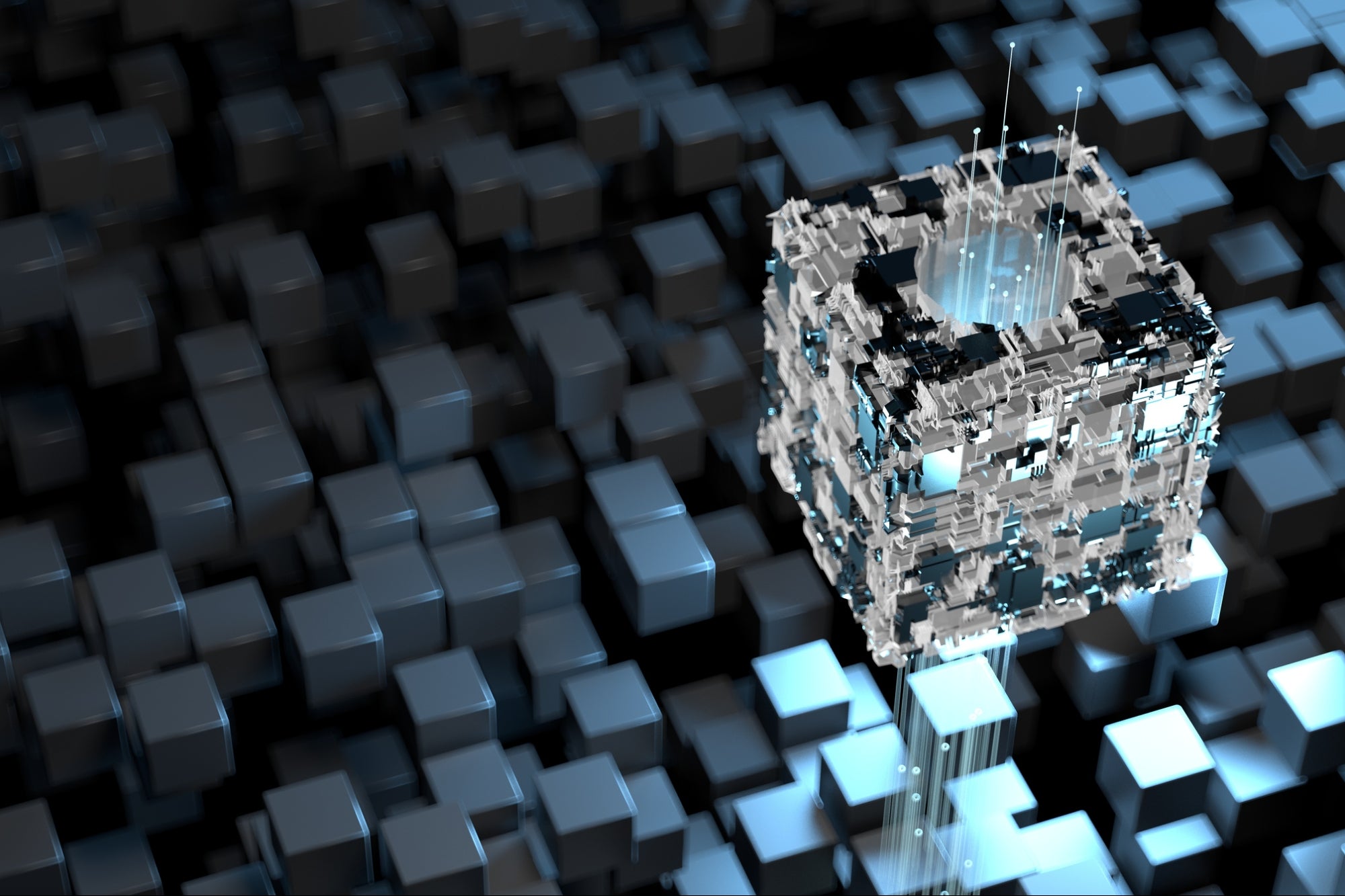