We all know this: Tabs have made a comeback of sorts in a post-pandemic world as WFH and study from home is pretty much the norm now. Even as we’ve moved to blended work or study models, tabs continue to stay in the mix. But the debate still continues around the productivity creds of tabs. Just like smartphones, the world of tablets also has two camps – Android and Apple. But there’s a difference here. Apple has seemingly pushed ahead with iPad OS that has brought more productivity to its wide portfolio of tabs. It’s left brands like Samsung to work on their own hacks to make their tabs more productive. We’ve also seen the recent launch of Android 12L, a long overdue spin on Android for larger Android screens. The Xiaomi Pad 5 has arrived in India and it has positioned itself as a serious iPad alternative. Should you be excited? Apple’s iPad continues to define the tablet experience but it doesn’t come cheap. Of course, that’s not the only reason to consider Android tabs. It also boils down to your use case scenarios. We don’t think any tab is ready to be a laptop replacement unless your laptop’s productivity tasks only include the occasional Word or simple Excel spreadsheet and keeping tabs of email. The Pad 5 doesn’t just offer a cost advantage but it also looks premium and is slinky. It weighs just over 500 gm and is has a thickness of under 7mm; that’s impressive for a device with a 10.95-inch display. It can hold its own against pricier Android tabs and the iPad in terms of design and build. This is an area where most tabs score; the Xiaomi Pad 5 is no exception. Colours are vibrant on the 10.95-inch (1600 x 2560 pixels / 275 PPI) WQHD+ display. It features a 120Hz refresh rate with a peak brightness of 500 nits. The Dolby Atmos quad speakers make a big impression not just with their sound quality but also a cool auto detect feature that uses the gyroscope to match the sound with the orientation of the tab (portrait or landscape); mighty cool. I caught a couple of episodes of Ozark, enjoyed flipping through a graphic novel, and gaming was fun too. A Qualcomm Snapdragon 860 processor is at the heart of this device. We tried the 6GB/256GB variant; there’s also a 6GB/128GB option. Both versions don’t offer expandable storage. While the chipset might not be as formidable as higher end Android tabs or iPads, it is certainly enough firepower for a spot of gaming or multi-tasking with work apps open. The Pad 5 clocked 2564 in our Geekbench (multi-core) benchmark test. Xiaomi also shared the Pad Keyboard and Smart Pen as part of our review kit. These are optional accessories but are both well worth it if you’re looking for your tab to do some heavy lifting. The keyboard was quite responsive; it’s as cramped as other tab keyboards but is good if you need to get some work done on a day business trip or holiday when you’d rather leave your laptop behind. We’re not going to make any comparisons to an Apple iPad. The iPad value proposition rests more on user experience that stems from iPad OS rather than just hardware specs. The Xiaomi Pad 5 boasts of a premium build, a robust 8720 mAh battery and a vibrant display. You get some multi-tasking capabilities thanks to split screens and floating windows made possible by MIUI for Pad, a user interface designed for the tab. We also like the fact that Xiaomi has restricted the bloatware with a slightly cleaner UI than usual. The Xiaomi Pad 5 is probably the best tab you can buy in the
Rs 20,000 to Rs 29,000 price band.

Tue May 10 , 2022
Initially founded in 2019, Ankorstore works with over 250,000 retailers and more than 20,000 brands. But with its sights set on connecting even more outlets and creators, the company approached Pentagram Partner Angus Hyland to create a strategy and brand framework that would raise its profile further. Part of Ankorstore’s […] 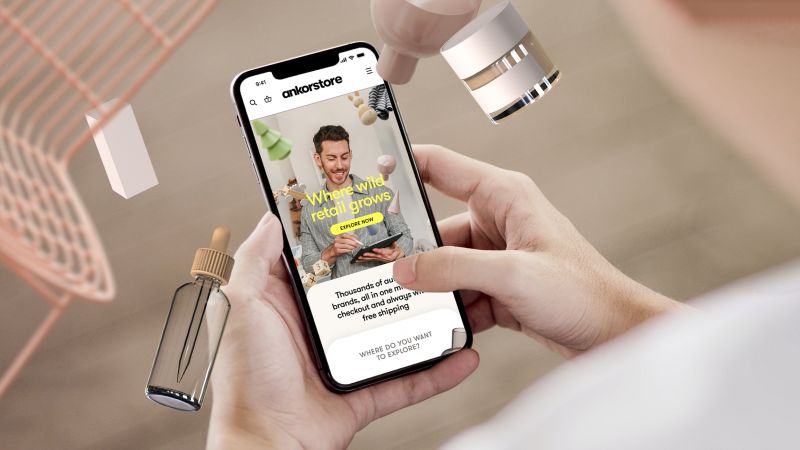