The arrival of a new gadget means something that will make life more convenient and entertaining, or even make for a clever gift idea. Just like February, March also saw a slew of new gadgets vying for the attention of tech enthusiasts. Here are some top launches: 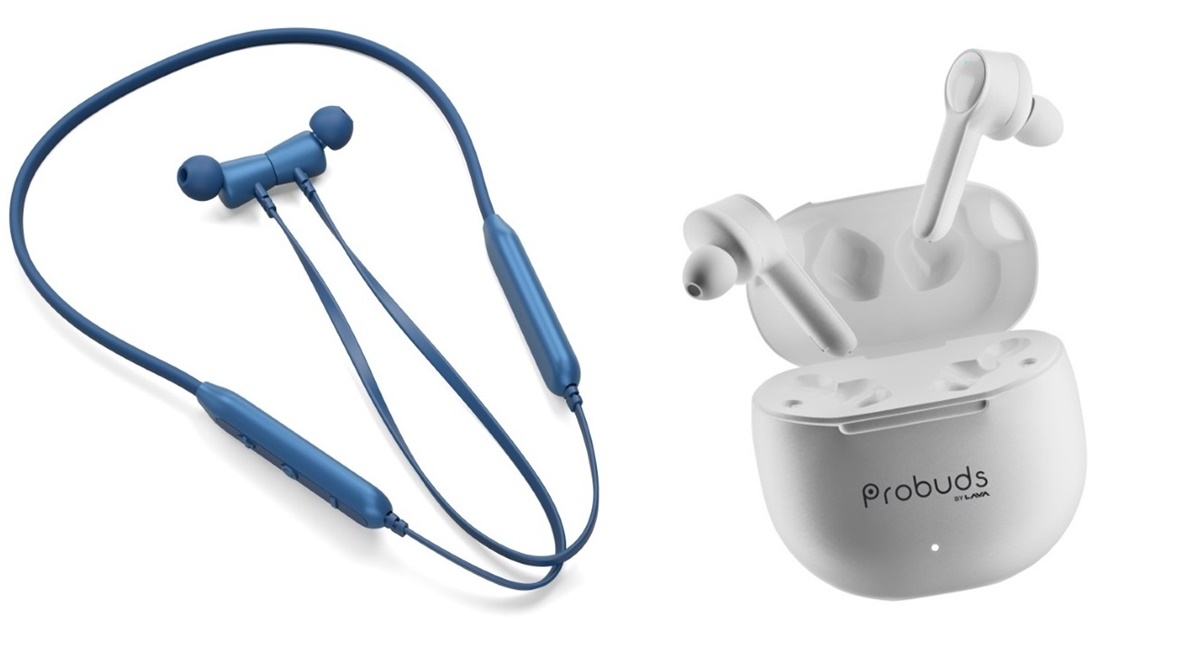 Lava recently launched its latest neckband — Probuds N3. The neckband comes with an array of features like dual device connectivity, quick charging and voice assistance. The feather light neckband weighing 25 gms has a powerful sound and increased bass capability. Probuds N3 is available in two colour variants — Midnight Black and Royal Blue. Probuds 21 offers upto 9 hours of playback time in a single charge with the biggest ever 60mAh buds battery capacity. The storage case’s impressive 500mAh battery that charges the device up to 5 times, offers a playback of more than 45 hours. The earphones come with 12mm dynamic drivers that deliver high definition sound with thumping bass. 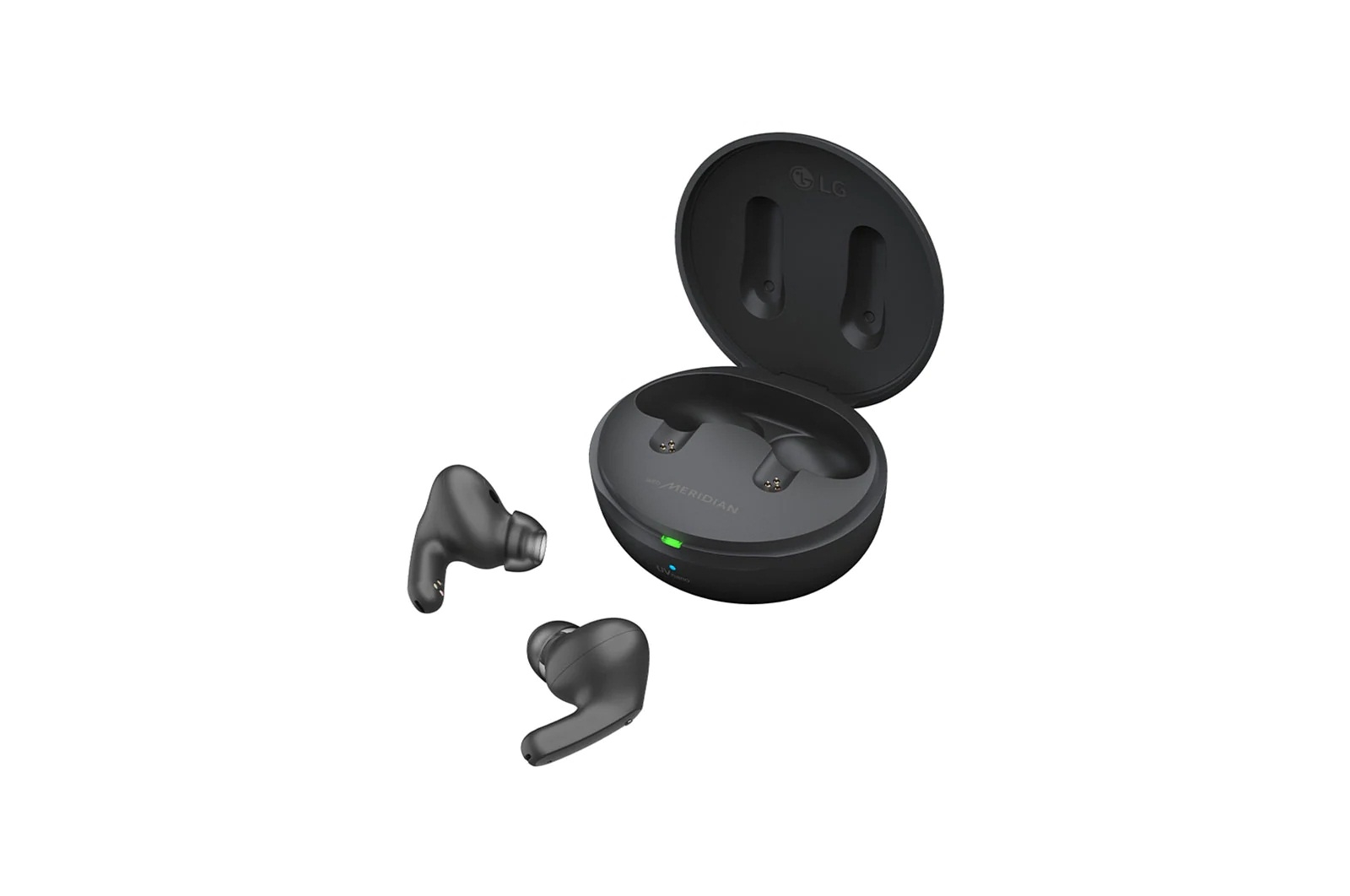 LG recently unveiled its LG Tone Free FP Series earbuds with an innovative UVnano charging cradle with ultraviolet light. It sanitises the earbuds and kills 99.9 per cent bacteria. The earbuds boasts an advanced Active Noise Cancellation (ANC) feature, which is specially engineered to reduce high-frequency noise encountered every day. The improved driver detects and cancels noise to create a unique experience that allows one to completely immerse in whatever they are listening to. 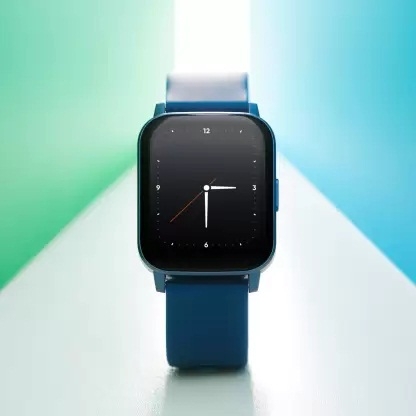 Of late, many brands have been foraying into the wearable segment. And why not, tech geeks have been clamouring for more products in this segment. Keeping in mind this demand, Realme sub-brand Dizo, recently launched a new budget smartwatch — Dizo Watch 2 Sports. The watch boasts a 1.69-inch touch display with features like walking, cycling, gymnastics, elliptical, yoga, climbing, hockey, football, horse riding, high/ long jump, Tai Chi, martial arts, trampoline, and more. It has a SpO2 (blood oxygen) monitor, 24×7 heart rate and sleep tracker. The watch comes in an array of colours like Classic Black, Silver Grey, Dark Green, Passion Red, Ocean Blue, and Golden Pink. 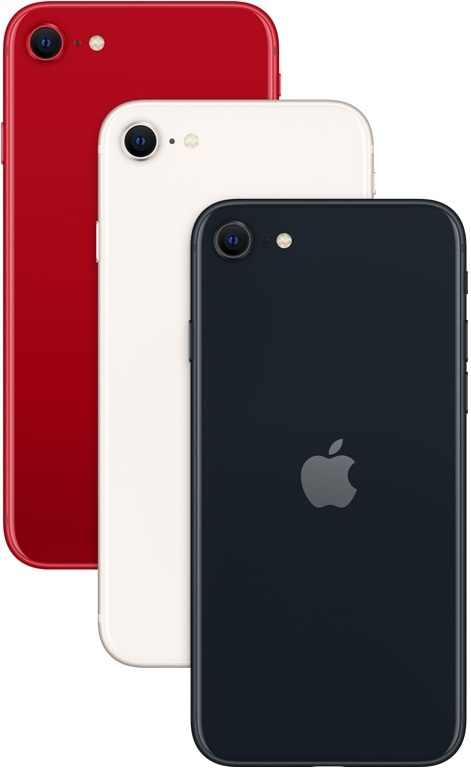 Apple lovers have a reason to rejoice: The tech giant’s much-awaited affordable iPhone SE 3 is finally here! The new SE has 5G support and will be available in 64GB, 128GB, and 256GB models in Midnight, Starlight and (Product) RED. The new SE has a 12MP camera sensor on the back with an f/1.8 wide-angle lens just like its predecessor. The rear camera has features like Deep Fusion, Smart HDR 4, Photographic Styles and supports 4K video recording. Apple introduced their new A15 Bionic chip with iPhone 13, and iPhone SE 3 is a lucky recipient of this. The A15 Bionic houses a 6-core CPU, the fastest CPU in a smartphone, making iPhone SE up to 1.8x faster than iPhone 8. The only disappointment is the screen size (4.7-inch Retina display), wish they had at least made it 5 inch. 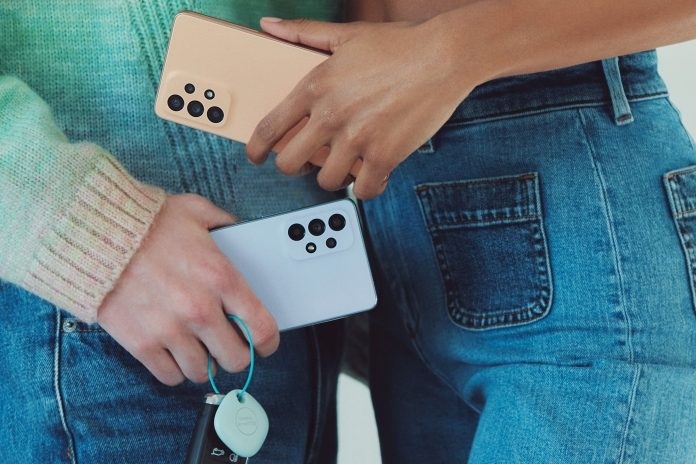 The South Korean tech giant Samsung continues to lure its loyalists and new consumers with its new Galaxy A53 5G smartphone with 64MP camera. The smartphone is powered by an octa-core Exynos 1280 SoC, along with up to 8GB of RAM. It features a 6.5-inch full-HD+ Super AMOLED Infinity-O Display, a quad rear camera setup that houses a 64MP primary sensor, a 12MP ultra-wide shooter, 5MP depth sensor, and a 5MP macro shooter. If you love taking selfies or video chats, the smartphone comes with a 32MP selfie camera sensor offering the best experience. 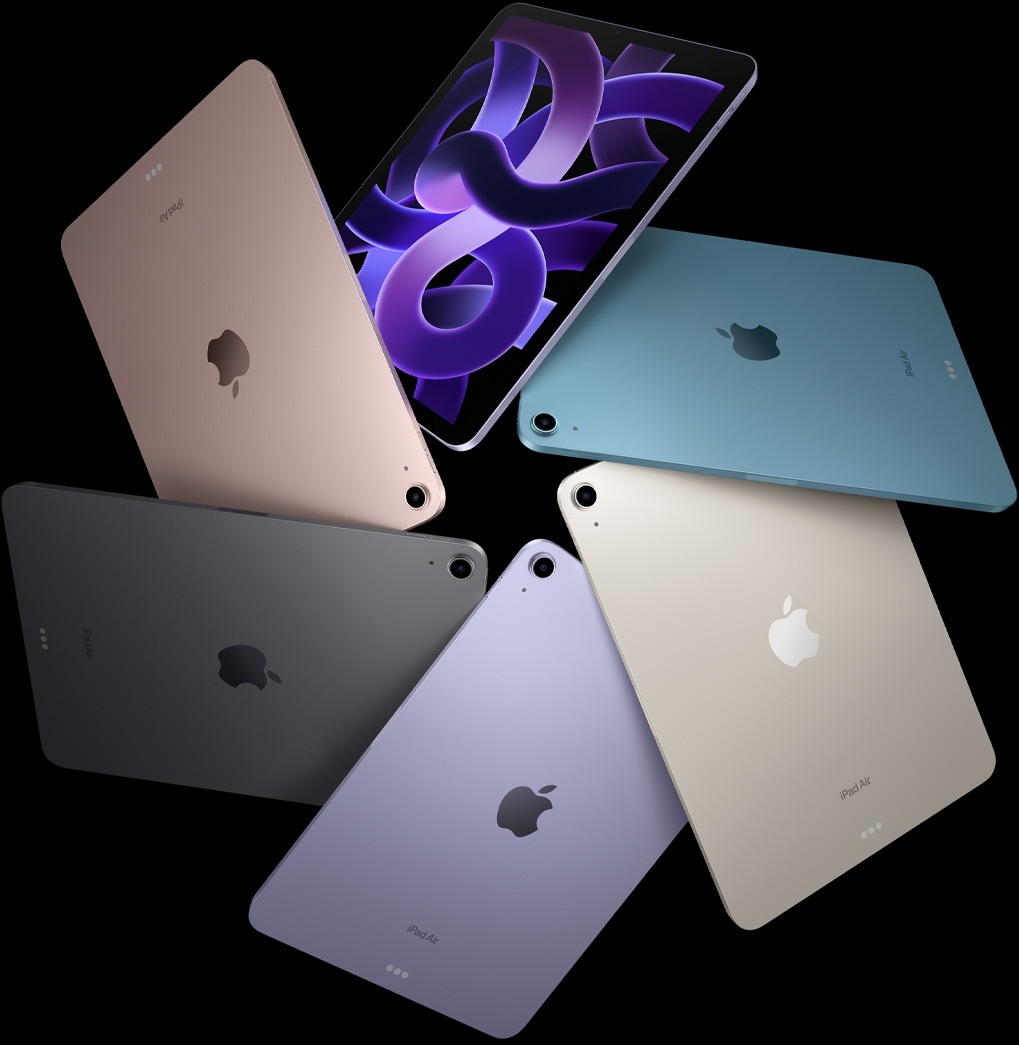 Continuing its streak of launches, Apple unveiled the new iPad Air with a M1 chip, 8-core CPU and 8-core GPU — the same chip that powers the iPad Pro models. The new iPad Air comes in two storage sizes — 64GB and 256GB. It features a 10.9-inch LED-backlit Liquid Retina display, Touch ID support that is integrated into the power/ standby button, 12MP Wide rear camera and a 12MP Ultra Wide front camera. The new iPad has a WiFi + 5G model and only WiFi version. 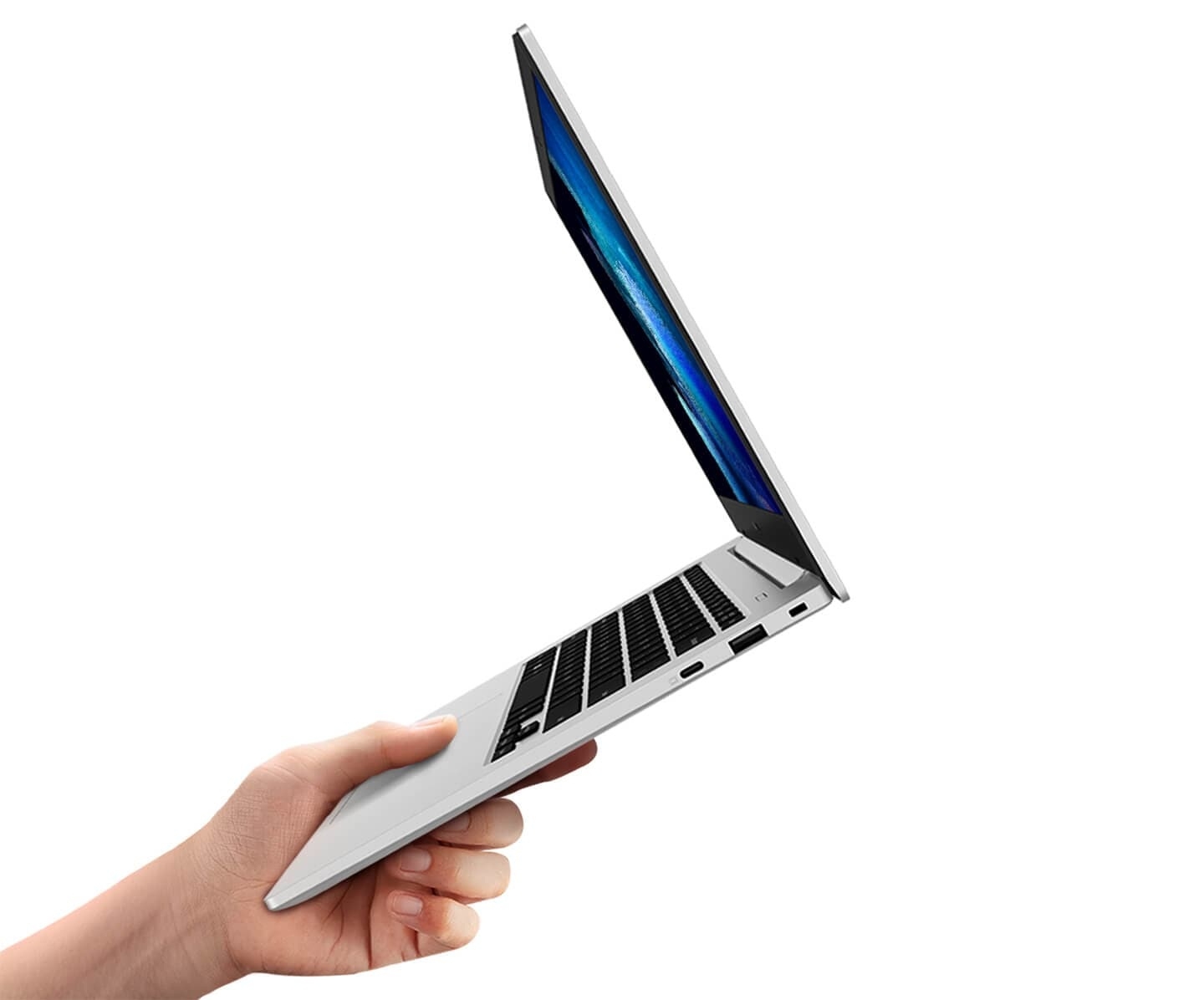 Planning to buy a laptop but don’t want to create a hole in your pocket? Then look no further than Samsung’s flagship PC line-up of Galaxy Book2 series and Galaxy Book2 Business laptops. The gadgets are powered by a 12th Generation Intel Core processor. The Galaxy Book2 series comes with Wi-Fi 6E connectivity and up to 21 hours of battery life. Keeping with the new hybrid work culture that has cropped up due to the pandemic, the Galaxy Book2 Business boasts of Samsung’s defense-grade security technology, Intel Hardware Shield Technology and a secure embedded processor. It is equipped with a Tamper Alert function that detects and tracks malicious attempts to interfere with security and critical data.

(To receive our E-paper on whatsapp daily, please click here. We permit sharing of the paper’s PDF on WhatsApp and other social media platforms.)