From Grimes’ upcoming nightcore album to the return of Myspace aesthetics, y2K fever has reached our computer screens

It’s 2005 and I’m playing Neopets. The faint blue CRT light on the Dell family PC casts a faint shadow across my face. I enter my username Pebble_78 (a reference to the then-newly released Motorola Pebl) into the server and enter the vast digital world known as Neopia. Here, I bypass the parental controls and check up on my virtual pets Blumaroo and Shoyru. They’re satiated. I take part in a number of games and quests, customising my personal plushie store with rudimentary Adobe Flash and socialising on the website’s glittery chat boards, the gamified experience serving as a portal to brave new worlds.

Boasting 25 million users at its peak in the mid-2000s, Neopets was as synonymous to early aughts childhood as Tamagotchis and McDonald’s Happy Meals. Although it would go on to lose popularity at the onset of mobile gaming technology, reentering its now-dormant servers is like glancing into a living time capsule: an innocent time when the internet was a boundless site for experimentation and play. Its maximalist, Microsoft Paint aesthetics serve as a direct contrast to the stark and utilitarian visuals of its Web 2 successors, as seen with Apple and Facebook.

An extension of our growing fascination with Y2K is the return of early web aesthetics. Since the beginning of the pandemic, we’ve seen people lean into escapism by flocking to eras past, whether that’s digging out old childhood videogames, revisiting weird entries on Urban Dictionary, or putting on Von Dutch caps and calling it indie sleaze. iPhones are being traded in for flip phones, emoticons are replacing emojis, and – if Kim Petras’ Slut Pop album cover is anything to go by – the CD is making a return, too.

With much of the early internet aesthetic owing to the golden era of YouTube (approximately between 2005 and 2011), there’s a rehashing of old music genres. Nightcore, an internet genre that found popularity on 00s YouTube and combines pitch-shifted vocals with images of anime, has recently been bandied about by the likes of Grimes and serves as a key influence for PC Music and hyperpop. A Webcore YouTube playlist, featuring glitched-up synths and dreamy Microsoft 95 aesthetics, has garnered over two million views. On TikTok, #webcore has over 100 million views and generates results such as early YouTube hits (and memes) “Caramelldansen” and eyestrain edits of Hatsune Miku.

It’s hard to look back on the early internet – roughly spanning Windows 95 to the glory days of YouTube – and not feel pangs of nostalgia. A World Wide Wild West, the 2000s marks an innocent time in internet history where Geocities and online forums served as global villages, where like-minded people could gather en masse for the first time ever. Before social media standardised and monopolised the way we communicate, ad banners became prime real estate. Piracy file-sharing services like Napster and Limewire revolutionised and democratised the way we consume media, while platforms like Second Life and Habbo Hotel responded to the onset of new technologies with bold metaverses ripe for exploration. The memes were different too: double rainbow, catz haz-ing cheezburgerz, Scumbag Steve, and Women Laughing Alone With Salad are emblematic of simpler times.

For many of us growing up, the internet was our first chance to experience the world outside the limits of our immediate surroundings. Dialling up to the internet felt like entering a magical world removed from IRL. “I literally grew up at the beginning of the internet and the moment I got it at home completely shifted my perception of world possibilities. I spent my childhood and teenhood in a very small town in the middle of France, with almost nonexistent access to cultural events or countercultures,” says Paris-based artist Camille Soulat, whose glowing imagery takes inspiration from Y2K and early internet aesthetics. “The internet was a space where I managed to construct my personality and find places where I felt belonging. I was a lot into Myspace, the emo scene and riotgrrl bands and it felt like these things were only existing in the digital world.”

“At the turn of the century, the early internet harnessed the boundless possibilities offered by cyberspace, providing a liberating and autonomous dreamworld beyond the confines of capitalist structures” – Maria Vorobjova

With much of the early internet built by amateur coders and animators, it features harsh and loud website designs, clunky animations, and pixel art. A recent entry for Old Webcore (also called Internetcore) on online crowd-sourced encyclopaedia Aesthetics Wiki describes it as “inspired by system and application sounds, pixelated graphics and web design of the 1995-2005 era”. For example, a website called Cameron’s World draws on GeoCities archives, a Yahoo-powered web-hosting service that let people build their own homepages out of clumsily formatted backgrounds, glittery typography, and animated cursors in the late 90s, to create a kitsch web-collage. Sites like Gifcities also provide an online archive of gifs that used to be on the platform.

“At the turn of the century, the early internet harnessed the boundless possibilities offered by cyberspace, providing a liberating and autonomous dreamworld beyond the confines of capitalist structures,” says Maria Vorobjova, a London-based artist who builds utopian digital spaces. Her Digital Folklore Tapestries are woven together from gifs found on Geocities. “The tech evolution corresponds with shrinking possibilities, and now we’re all constantly online on the same five websites. This evolution has also seen the rise of a seeming aesthetic paradox,” she says.

For Vorobjova, minimalist design has become synonymous with the shadowy corporations that have taken over the net. “Long seen as anti-consumerist, minimalism has become a coded signal for luxury and control,” she explains. The open-source, maximalist and lo-res nature of Web 1 therefore subverts this status quo. Reclaiming these now-defunct spaces allows us to question the power and relevancy of Web 2 corps. Vorobjova elaborates, “They are jagged pixelated cracks in capitalist relations that are not yet smoothed over by the gloss of corporate design”.

Trend forecaster Sean Monahan recently spoke of a vibe shift that’s taking place, away from the hypebeast-woke era of the late 2010s towards a new chapter of internet culture, characterised by private Discord servers and subscription-based models such as Patreon and Substack. Like the messaging boards of Web 1, these hyperspecific online spaces allow users to discuss and swap ideas away from the corporate clutches of Meta, where shadowbanning or straight-up Zuckking (AKA getting your account deleted) is becoming an increasingly common form of censorship. “In the early 2010s, massive monopolistic platforms built a wall around the (mostly) digital commons. In the 2020s users have begun to opt out of these platforms because they have become largely dysfunctional,” agrees artist and internet theorist Joshua Citarella.

Web 3 promises a decentralised web removed from tech monopolies. This interim period of hyperspecific online groups and messaging – referred to as Web 2.5 – interestingly mirrors early internet ways of communicating. Perhaps using emoticons over the standardised emoji is a subconscious rejection of the Silicon Valley bros, where cluttered aesthetics can be used to glitch the system and invoke change. “By questioning our nostalgic longing for (the early internet) as the symptom of the system from which they emerge, we can envision the internet as a digital ecosystem of care whose netizens are creators, not products,” says Vorobjova.

Citarella maintains that “the dynamics of Web 3 spaces will make themselves visible in the next few years and begin to feel very different from the late 90s experience”. Until then, however, early web aesthetics serve as a brash, pixelated weapon against the neoliberal rat race, each glittery gif and page divider a middle finger to the hyper-realistic, drab graphics pedalled by Meta execs.

Tue Mar 1 , 2022
The outsourcing of tech services from Ukraine, a sector that has bounded ahead in recent years with customers in Europe and the U.S., is at risk after Russia attacked the nation on Thursday. Following the incursion, internet outages occurred across the country, according to a monitoring dashboard run by the […] 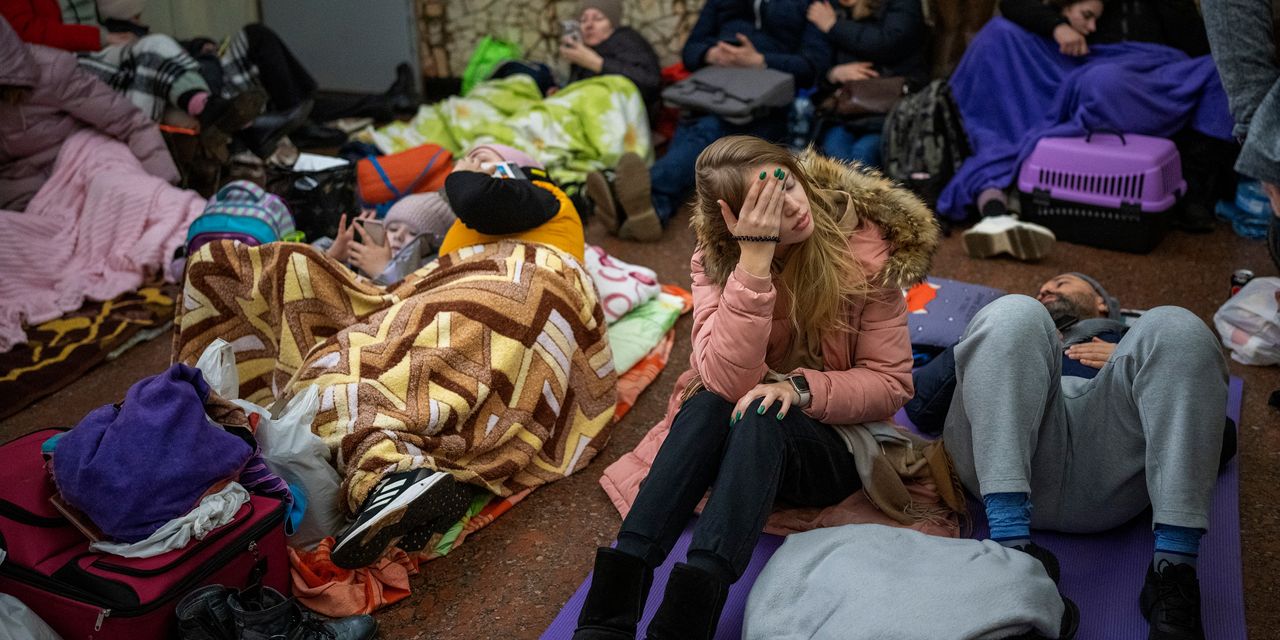